Angela Burchill is from Bandon, Co. Cork and has been employed as an artist in residence at Mayfield Arts since 2008 as part of Cúig studio programme. Angela has embraced a range of subjects, developing a unique and vivid style.

She is prolific at drawing individual and group portraits, working primarily with pastel pencils on paper and treated wood. Angela is also especially inspired by religious iconography, producing distinct and delicate work, incorporating gold leaf into her pieces. 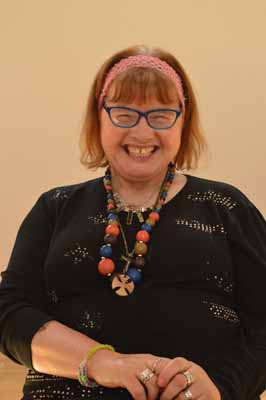 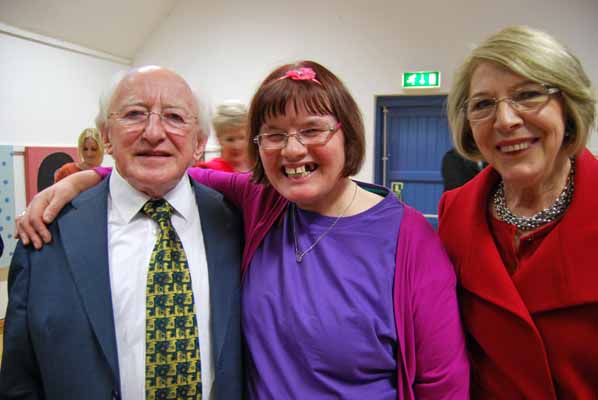 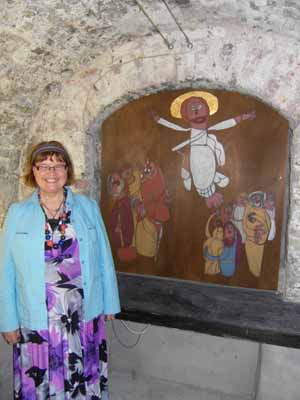 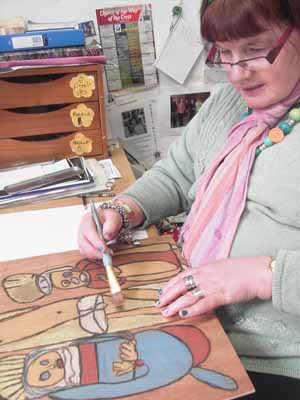 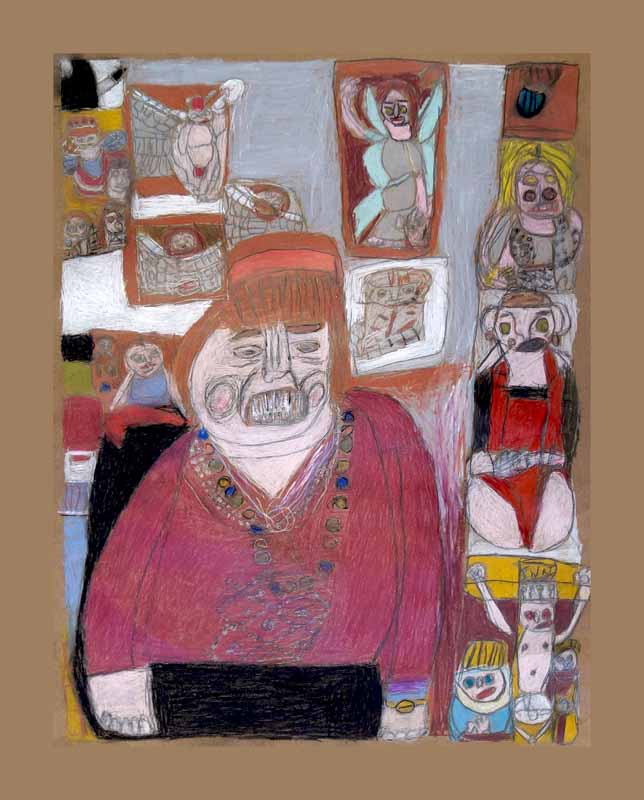 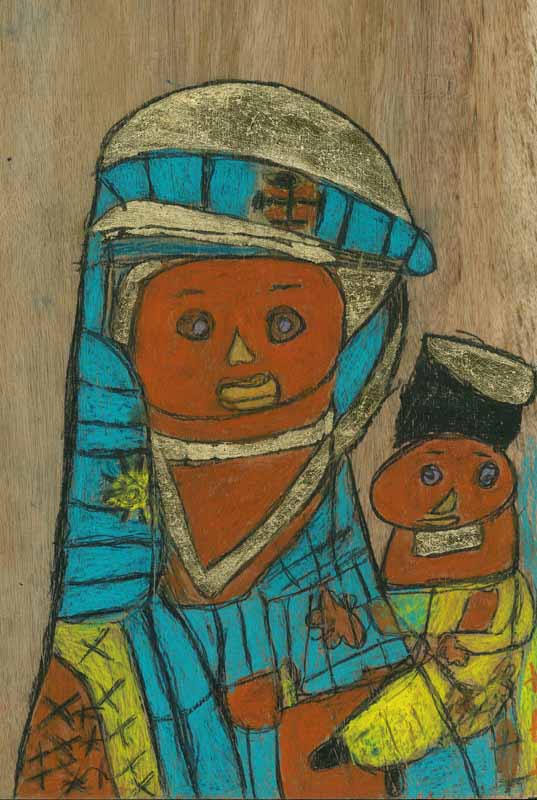 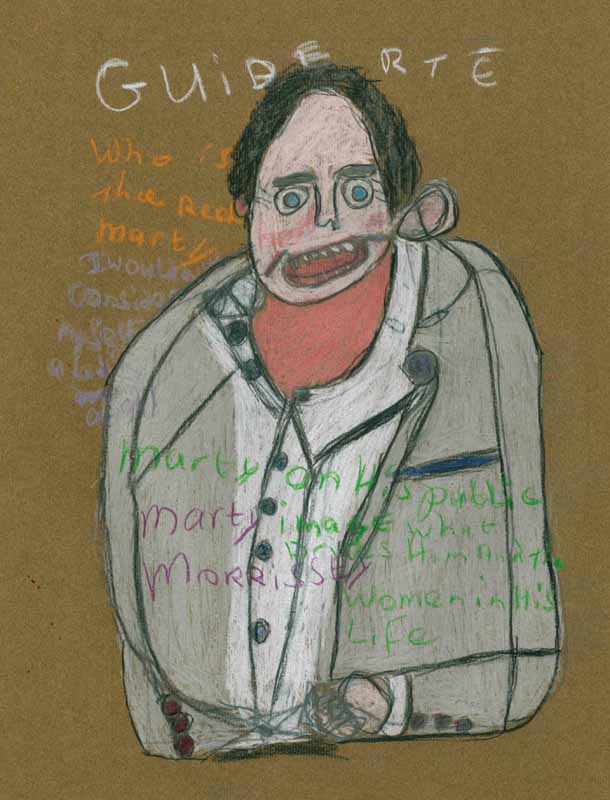 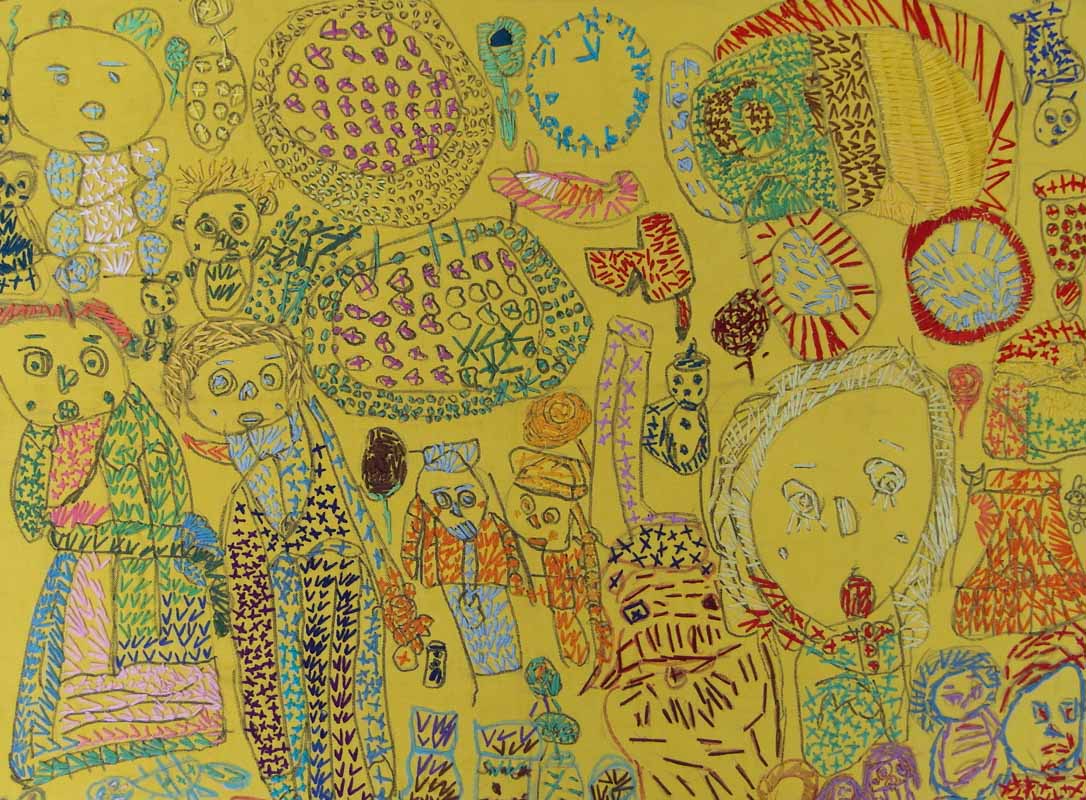 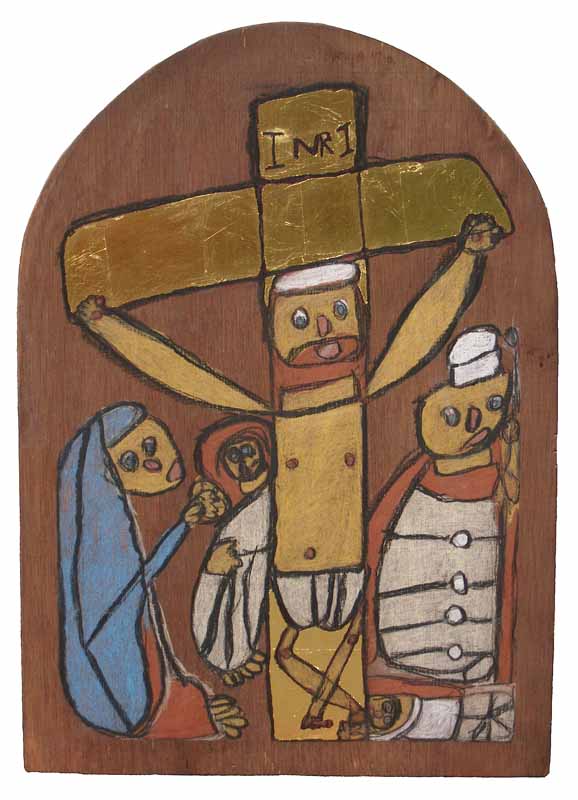 Stations of the cross, 2013
30cm x 20cm
Pastel Pencil on board with Gold leaf 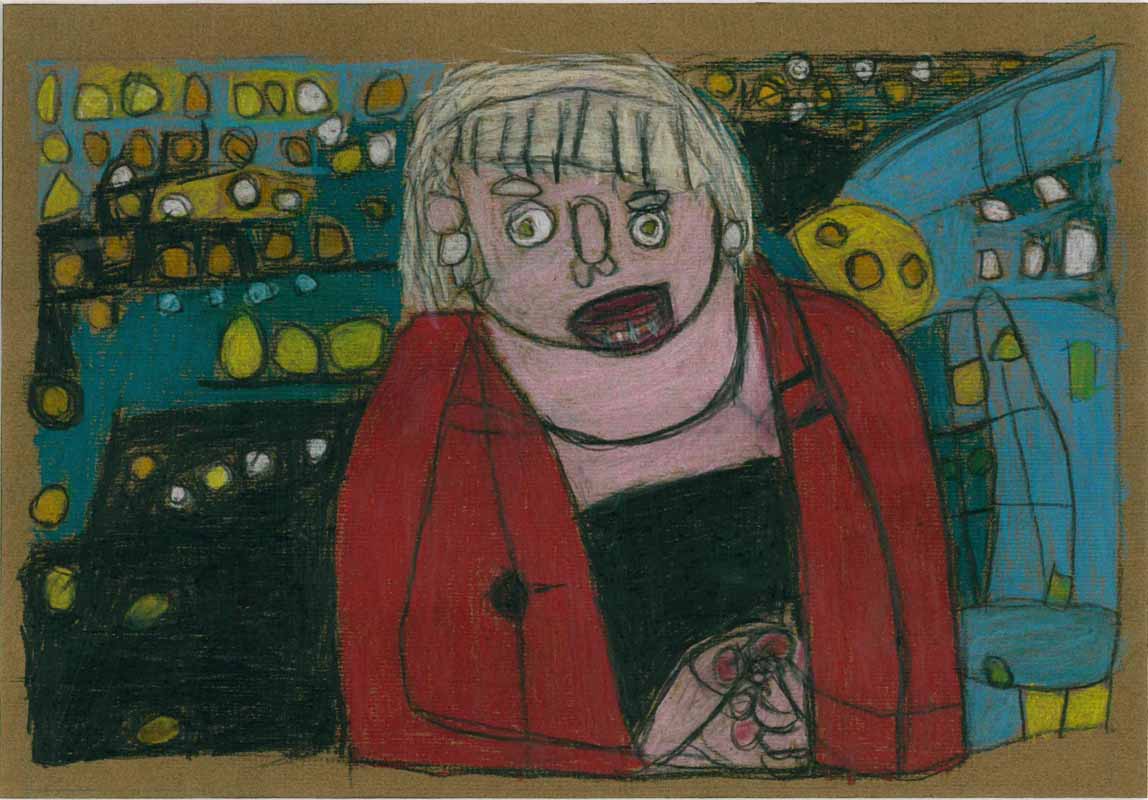 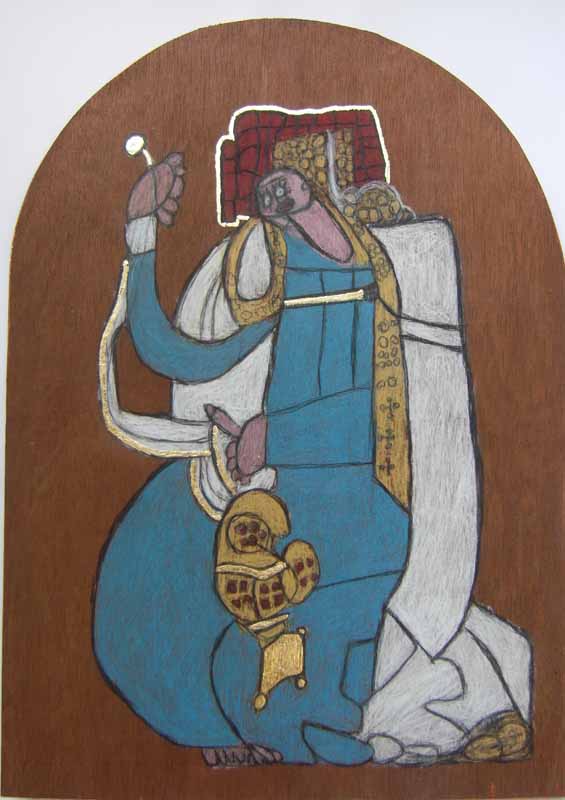 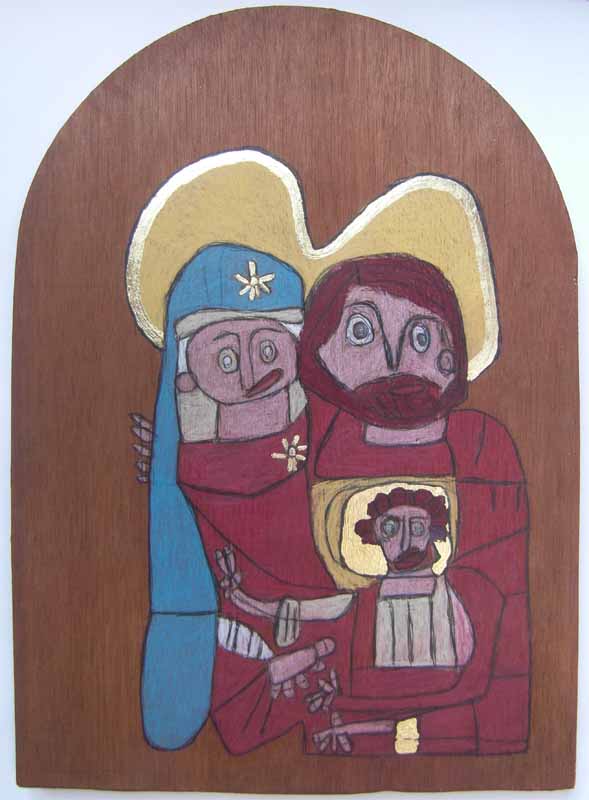 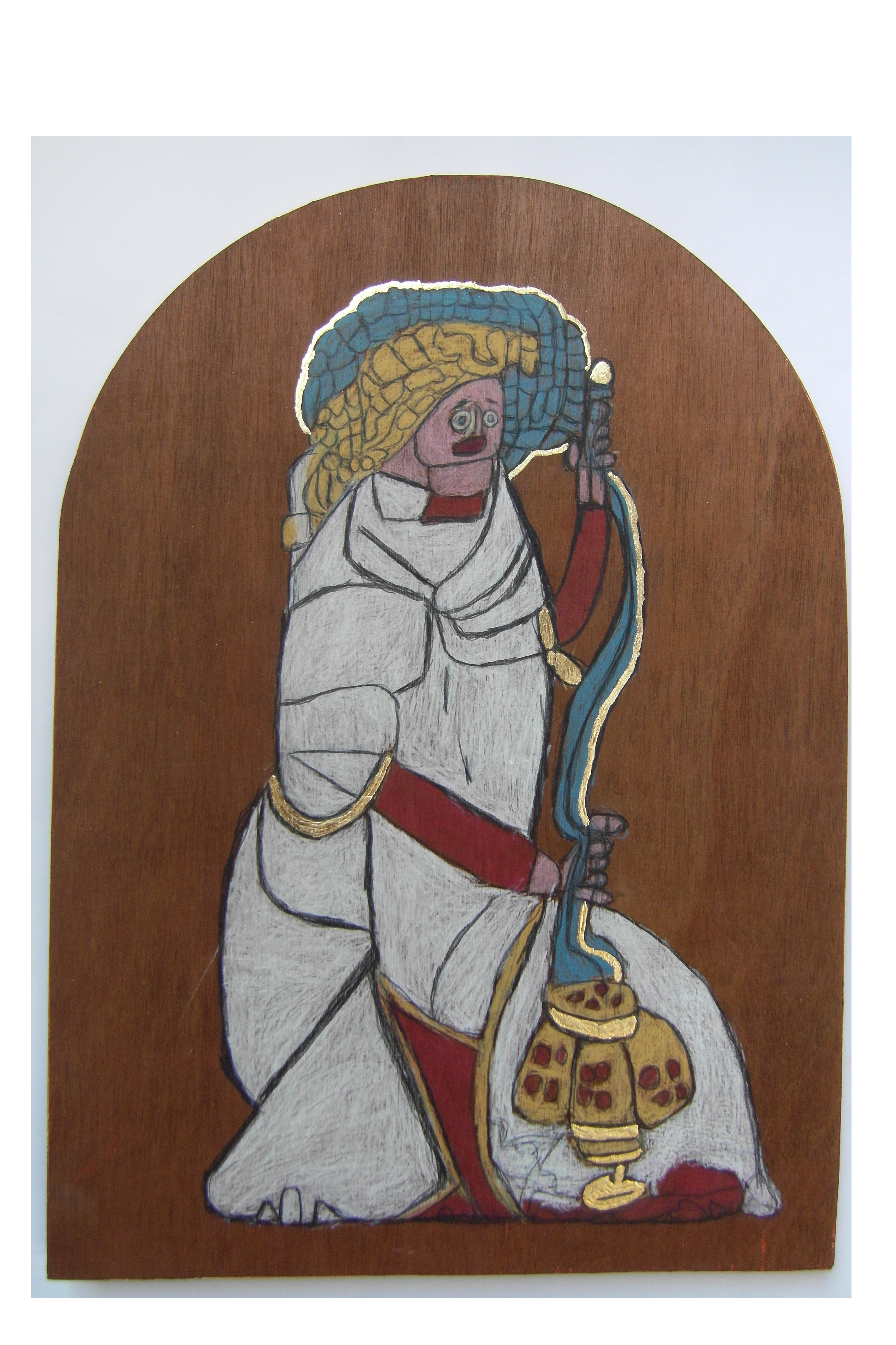